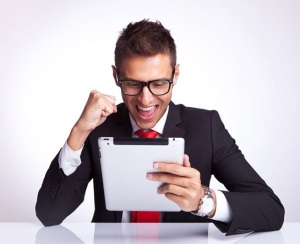 It’s time to blast my own horn again.

The Midwest Book Review gave “Three Days to Darkness” a “Thumbs Up.” It’s encouraging when anyone other than my wife, daughter, mother-in-law, and best-friend Joe Canzano responds positively to my novel. (My mother read half the book. She liked the writing but not the story).

“The magic number is three. Three days to save the world. Three people to help Darius McPherson succeed. And three important life lessons to learn in the process.

The setting is a war being planned in Heaven itself by a reluctant warrior too young to be in Heaven in the first place, and the mission involves saving humanity from its own follies: no mean assignment for a young man killed in a drive-by shooting and suddenly tasked with saving the world.

Three Days to Darkness is about magic on many levels: the incongruity of Heaven and its purposes, the absurdities of Mankind, and the passionate concerns of a boy faced with apocalypse on a scale that moves beyond singular death and into the destruction of humanity itself.

As if this wasn’t enough, add demons and a road that literally leads to Hell (albeit paved with good intentions) and you have a fast-paced thriller novel that defies the usual genre definitions of fantasy, thriller or action piece and creeps into the realm of the impossible.

Three Days to Darkness darkens rapidly as Darius investigates company clinical trials, angel operatives, and deadly courses of action, spicing his approach with a cocky blend of offense and defense that presumes a degree of training he actually lacks: “Crooking his arm, Darius lifted his hand just below chin level with all five fingers splayed. He reminded himself of David Carradine as Caine in a “Kung Fu” TV episode. A more experienced angel operative would certainly prepare to attack with “way more” subtlety, he figured.”

Doses of humor are tossed in for effective comic relief as Darius questions why a Heaven governed by the concept of free will would intervene in the affairs of man – and why it would choose to do so for one event and not another: “Darius sat perfectly still for a while with his hands in his lap before speaking again. “I’m confused,” he said with a solemn expression. “On the one hand, you say everything that happens to a man is the result of free will, and on the other hand, you send me to Earth to stop a pill from going on the market. I don’t get it.” “Good observation, Darius. It sounds like a contradiction, but it’s more like a distinction. We have to pick our fights carefully. We try not to interfere with the operation of human free will. We sat by and watched in horror, for example, when Roman soldiers crucified Christ and terrorists flew commercial airliners into the Twin Towers. But there are times when we must take action, when a worldwide catastrophe could result from human failure, to put it in a shorthand manner. We intervened during the two world wars and the Cuban Missile crisis, to cite a few recent cases. We have also been involved when the psychological, moral or spiritual evolution of the species is at risk. A literal example of such a case was our influence on the outcome of the famous ‘Scopes Trial.’”

What lessons will Darius learn in his latest incarnation as a new angel? He has only three days to absorb them – or witness the end of all days.

Three Days to Darkness is a fast-paced, vivid read that incorporates all the elements of a superior mystery, thriller, and fantasy. It’s certainly not a portrait of a predictable afterlife, a conventional Heaven, or a banal post-life mission. All these facets merge to create a uniquely involving story

blending amusing moments with engrossing encounters between disparate forces; each with their own special interests and agendas.

And Darius? He’s in it for the ride, and takes readers along with him in an unexpected journey through Heaven, Hell, and beyond.”

For more information about my novels, please visit www.davidgittlin.com

7 replies on “Thumbs Up”

Congratulations, Dave! This is well deserved praise. Maybe now your mom will finish the book.

Thanks, Joe. My mother is a lost cause.

This site uses Akismet to reduce spam. Learn how your comment data is processed.